History of the St.Louis Region Of The Cadillac & LaSalle Club

In 1971,After having been a member of the Cadillac-LaSalle Club for about three years, I had met a number of Cadillac and LaSalle owners at area events, and wondered if there was enough interest in these cars to start a regional group in the St. Louis area.

I sent out the following letter to those owners in June of that year. 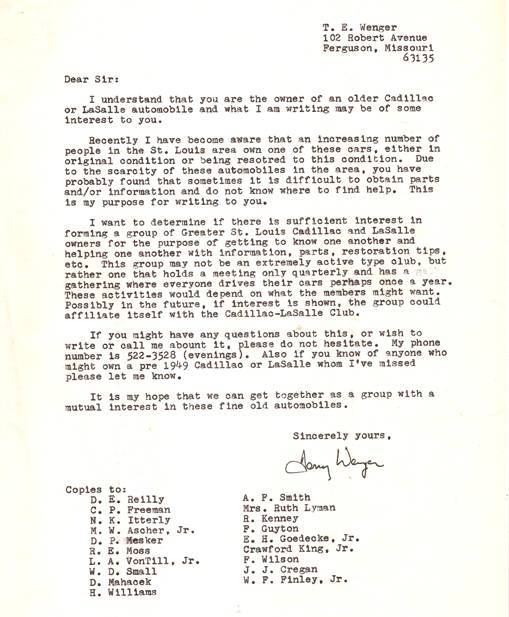 The response to the letter was enthusiastic, and a “kick-off” meeting was held on August 11, 1971 at my home. As you can see from the list above, some of those people who received a copy of the letter are still members, Nelson Itterly, Doug Mesker, Casey Moss. Bob Loudon and Pete Dapkus also attended that first meeting.

A second meeting was held in November at which officers were elected and the dues of $2.00 yearly were collected. Twelve members joined and monthly meetings began being held at member’s homes.

As an interesting sidelight, three of those original members, who I won’t identify, had their Cadillacs apart for restoration. Today, 37 years later, those cars are not yet finished !

In August of 1972, the new region held its first annual show at Forest Cadillac Co. in Clayton, which is now gone. It was organized by Chuck Freeman one of our members who was a salesman there. The 1941 Cadillacs were featured in the showroom including the restored chassis of Pete Dapkus’ ’41. Quite a variety of Cadillacs and LaSalles were shown, mostly from the 30’s and 40’s. It is amusing looking at pictures of this meet, as some of the modern cars parked around the dealership are like those regularly shown now at CLC meets.

Two guiding principles evolved from those early years. First, it is an informal group with the monthly meetings devoted to car discussion and only a minimum of formal business as necessary. Second, the annual shows are not to be judged. This principle, although sometimes controversial, has resulted in a very friendly show atmosphere. It has helped to attract many cars that are quite interesting, but would have never appeared because they were not in show condition.

This can be illustrated by some of the cars that have attended the shows over the years:

- A 1919 Cadillac coupe, owned by Orville Whatley, which had been in his family since new. It had old inner tubes wrapped around the rear tires to hold them together. Orville once remarked that they also had a 1929 Cadillac Convertible, but it wasn’t nearly as good a car that the 1919 was!

- A 1919 Cadillac parade phaeton built by Brewster. It was constructed on an extended chassis and was originally owned by a government official in Washington. Hans Hinrichs bought it in 1943 and since it was not in running condition, was towed to the show for many years by Hans behind his ’51 Chevrolet. The car was later restored by Fred Weber and Marc Ohm and appeared at the show again.

- A 1933 Cadillac V-12 Limousine once owned by film star Gloria Swanson. It was owned by another Pete Dapkus from Pocahontas, IL.

- Every year for many years Mrs. Matthews would bring her beautiful 1954 Sixty Special which she and her husband bought new.

- Kurt McCormick brought his 1954 Eldorado which was customized by Barris in California when new and featured in several automotive magazines when first finished. Kurt had recently restored it.

- In a late 70’s show, we had not one but two 1976 Cadillac pick-ups, built from Coupe DeVilles but of different construction. This was long before Cadillac brought out its Escalade trucks.

After the first two shows at Forest Cadillac, we changed the location to Tower Grove Park. At the first show there, a well known St. Louis automotive historian arrived to show his ’56 Chevrolet. We had to ask him to park it elsewhere. Some years later he did buy a Cadillac from one of our members!

Our show location stayed at Tower Grove Park for many years. Eventually we were sponsored by Plaza Cadillac and we held a few shows at that dealership. We later changed sponsors to Moore Cadillac and moved the show to its present location in Faust Park. Bommarito Cadillac then became our sponsor about 5 years ago. The show was held for many years on the first Sunday of August in keeping with the National Cadillac-LaSalle Club’s chosen date. As a consequence, the temperature on the day of the show was often in the high nineties. It finally was changed to the middle of September in hopes of cooler weather.

In 1977 The Indiana Region started the first National Cadillac LaSalle Club meet in Indianapolis, followed by the second one the next year. In 1979, the St.Louis Region held the third one at Riverport which was well attended and nearly 50 cars were shown. Because it was a national meet, the cars were judged. The National Cadillac-LaSalle Meet idea continued and is now known as the Grand National and is held annually in various locations throughout the country.

Another annual region event is the Christmas party that is held in the middle of January. This was started over 30 years ago and the first one was held at the George Nyquist’s home. It was so popular that it continued at member’s homes and restaurants over the years and is currently held at the Feasting Fox in South St. Louis.

The region continues to thrive. Many of our members have been attending the meetings for over a quarter of a century! 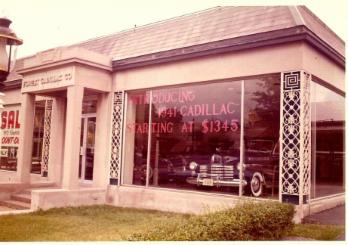 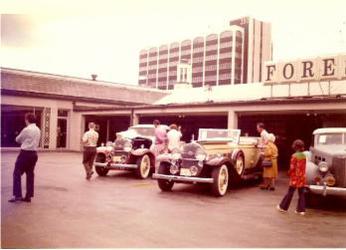 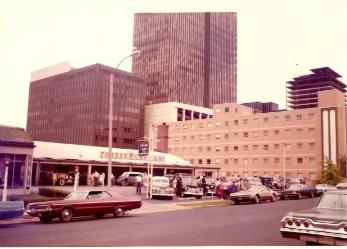 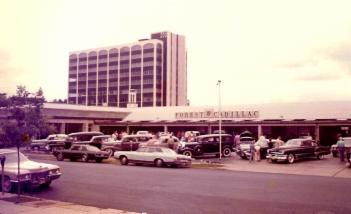 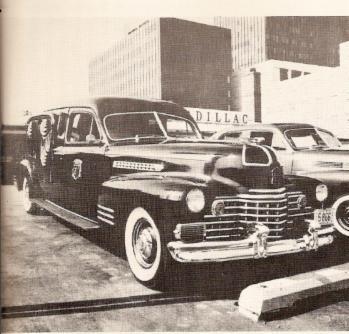 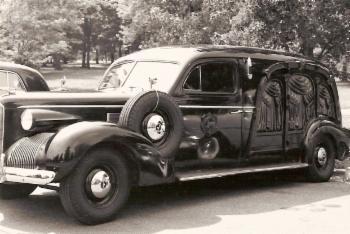 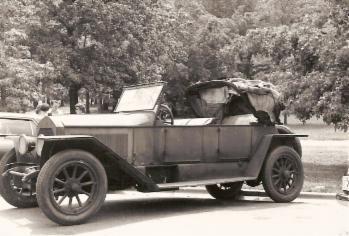 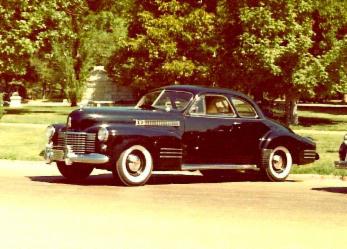 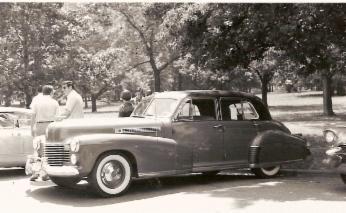 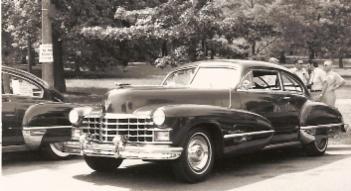 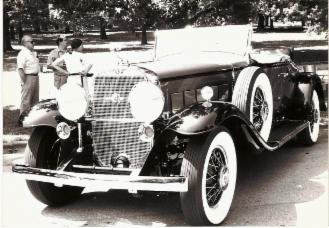 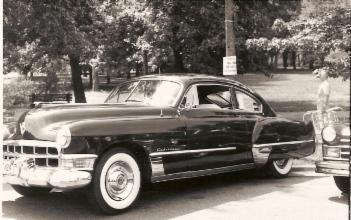 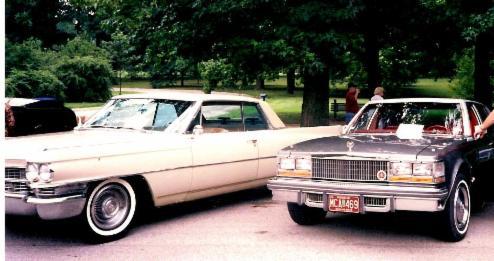 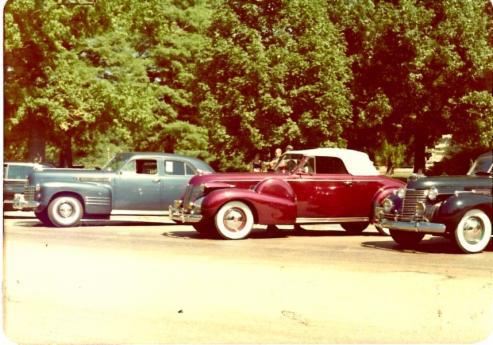 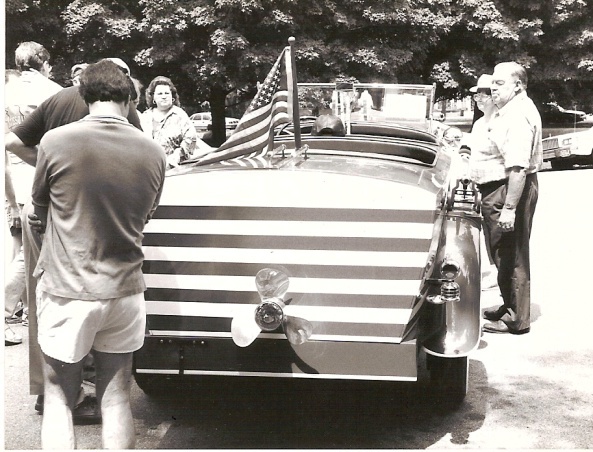